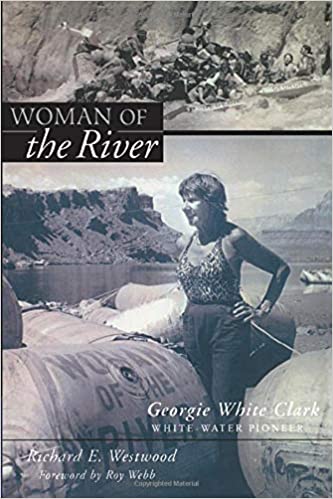 Woman of the River

Georgie White Clark-adventurer, raconteur, eccentric--first came to know the canyons of the Colorado River by swimming portions of them with a single companion. She subsequently hiked and rafted portions of the canyons, increasingly sharing her love of the Colorado River with friends and acquaintances. At first establishing a part-time guide service as a way to support her own river trips, she went on to become perhaps the canyons' best-known river guide, introducing their rapids to many others-on the river, via her large-capacity rubber rafts, and across the nation, via magazine articles and movies. Georgie Clark saw the river and her sport change with the building of Glen Canyon Dam, enormous increases in the popularity of river running, and increased National Park Service regulation of rafting and river guides. Adjusting, though not always easily, to the changes, she helped transform an elite adventure sport into a major tourist activity.