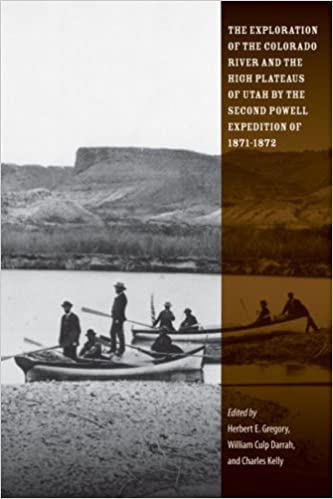 The second Powell Colorado River exploration, consisting of eleven men and three boats at the time of launch, departed from Green River Station, Wyoming, on May 22, 1871. Most members kept journals, and this volume contains the writings of three men, Stephen Vandiver Jones, John F. Steward, and Walter Clement Powell, as well as excerpts from the journals of John Wesley Powell. Taken together, they provide diverse points of views about the second expedition, both in terms of its human components and in its scientific labors.

Originally published from 1948 to 1949 as volumes sixteen and seventeen of the Utah Historical Quarterly, this volume looks to the larger significance and fruits of the second of Powell’s explorations, a more carefully constituted and better equipped scientific operation, yet one strangely neglected in historical records. Copublished with the Utah State Historical Society.