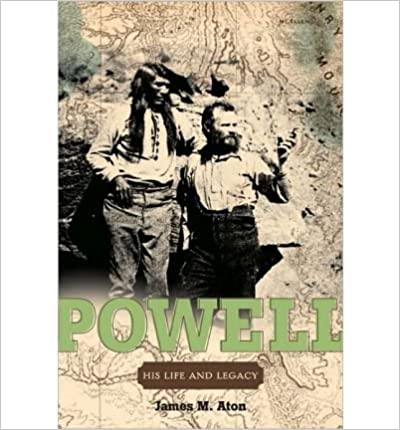 “John Wesley Powell: explorer, writer, geologist, anthropologist, land planner, bureaucrat. Which one do we focus on?” This is the question author James M. Aton poses at the beginning of his biography of Powell, though he soon decides that it is impossible to ignore any facet of Powell’s life. Powell was a polymath, one whose “divergent interests resemble one of those braided streambeds in his beloved canyon country, branching out in many directions, but ultimately beginning and ending in the same stream."

Aton beautifully tells the multidimensional stories of Powell’s childhood, his military and teaching careers, his famous and exciting explorations of the Colorado River, and the battles he waged from his influential positions within the Smithsonian’s Bureau of Ethnology and the United States Geological Survey. This new edition of John Wesley Powell: His Life and Legacy, first printed as an issue of the Boise State University Western Writers Series, includes the original biography, but also features Aton’s new interpretations of Powell’s writings on exploration, land-planning, anthropology, and irrigation, and incorporates the author’s distinguished faculty lecture on Powell and cash-register dams in the Colorado River Basin.