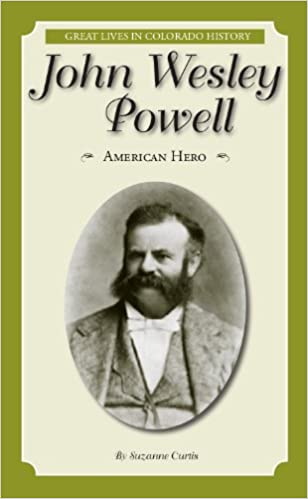 John Wesley Powell spent two summers in Colorado preparing to lead the first exploration of the Grand Canyon by a non-Native American. While in Colorado, he climbed Longs Peak, Mount Lincoln, and Pikes Peak. His bravery was underscored by the fact he had only one arm. He lost his right arm at the Battle of Shiloh in the Civil War. Powell became a champion of Native American culture and headed the U.S. Bureau of Ethnology as its first director.

Great Lives in Colorado History biographies bring the stories of notable Coloradans to elementary grade readers. Each book in the series is bilingual, containing full text in both English and Spanish.