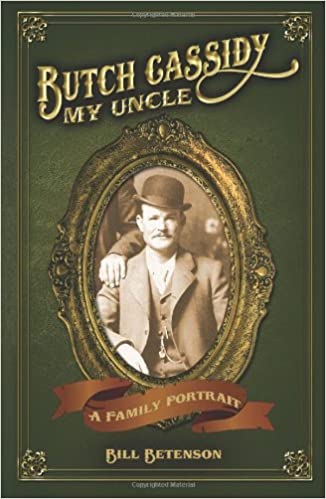 Author Bill Betenson has spent years researching the life of Butch Cassidy. In 2012 his research became the book Butch Cassidy, My Uncle. Since then, Betenson s quest for the truth has not stopped, leading to this updated and revised edition. Follow Butch from birth to death, over two continents, as he robs and charms his way to infamy.

Lots of people wish they were related to a famous person. Bill Betenson is Butch Cassidy is his great-uncle. Bill's interest in Butch Cassidy was sparked when he was four years old and attended a private screening of the Paul Newman/Robert Redford movie Butch Cassidy and the Sundance Kid with his great-grandmother, Lula Betenson, who wrote Butch Cassidy, My Brother. For over two decades Betenson has researched and studied the life and times of Butch Cassidy. Betenson utilized privileged family information and memorabilia, traveled to South America to conduct interviews and visit Butch Cassidy's ranch, and spent hours in dusty archives. Betenson offers up new information about this infamous outlaw's life and death.