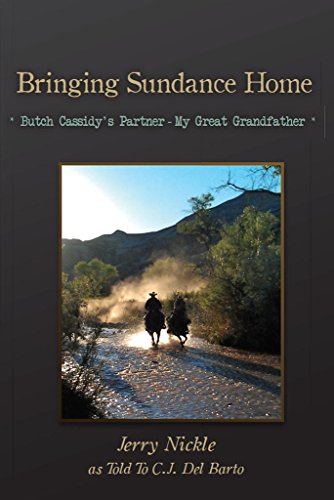 History knows Harry Longabaugh as the Sundance Kid’s real name. History is about to be changed! It all started in 2004 when the first “major clue” surfaced at a family reunion in a rural ranching community of Fremont Utah. A single picture surfaced from one of the great nieces of Bill Long, who was rumored to have been a member of Butch Cassidy’s gang of outlaws. The picture was passed around for all to see. When the picture was viewed by Jerry Nickle, (a great grandson of Bill Long), something came over Jerry! Jerry seemed flabbergasted. He couldn’t seem to put the picture down; he couldn’t shake the image. His mind was racing because he had seen a much-circulated 1900 famous photograph called “The Fort Worth Five”, (Butch Cassidy, the Sundance Kid, and 3 other Cassidy gang members) and one of them looked just like his great grandfather. This is how the quest to find the real "The Real Sundance Kid" started. He took both pictures to forensic scientists in Salt Lake City Utah for analysis. There he got his first real life altering support. The preliminary reports came back from the lab, “the pictures MATCHED”! Needless to say he was excited however he didn’t stop there. He hired a private investigator to track down a Longabaugh relative that had the same DNA as Harry Longabaugh. I would love to tell you that the DNA testing put the whole mystery to bed but, it couldn’t be farther from the truth! The DNA proved…….well, your just going to have to read the book. One last thing from the forensic reports.........HE WAS MURDERED !