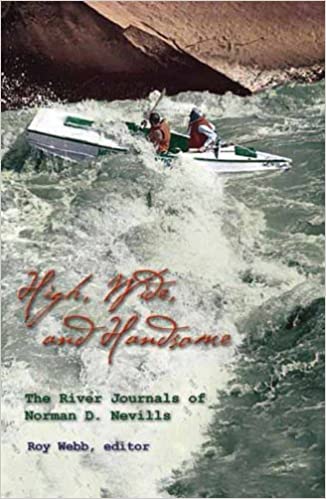 When he started taking paying passengers by boat through the rapids of the Colorado River's canyons, Norman Nevills invented whitewater tourism and the commercial river business. For twelve years, from 1938 until his death in a plane crash in 1949, he safely took, without a single life lost, friends, explorers, and customers down the Colorado, Green, San Juan, Salmon, and Snake Rivers in boats he designed. National media found him and his adventures irresistible and turned him into the personification of river running. Logging seven trips through the Grand Canyon when no one else had completed more than two, he was called the Fast Water Man. Boatmen he trained went on to found their own competing operations. Always controversial, Nevills had important critics and enemies as well as friends and supporters, but no one can dispute his tremendous impact on the history of western rivers and recreation.

Nevills's complete extant journals of those river expeditions are published for the first time in High, Wide, and Handsome. They contain vivid stories and images of still untamed-by-dams rivers and canyons in the Colorado River system and elsewhere, of wild rides in wooden boats, and of the few intrepid pioneers of adventure tourism who paid Nevills so they could experience it all. They have been transcribed and edited by river historian Roy Webb, author of If We Had a Boat: Green River Explorers, Adventurers, and Runners and Call of the