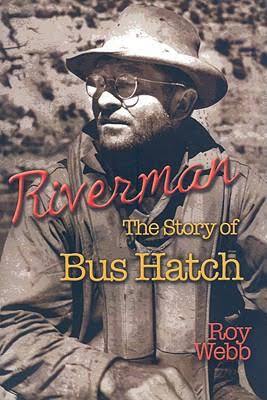 Riverman: The Story of Bus Hatch

Bus Hatch--a hard-drinking, hard-fighting carpenter from Vernal, Utah, became one of the seminal characters in Western river running. Together with his inlaws (and a few outlaws) they began running the whitewater rivers of the West around 1930, bringing with them a fun-loving ethic previously lacking in river running. Their adventures on the Green, Colorado, Salmon, and other rivers fill the book with hilarious tales. By the late 1950s, Hatch was running hundreds of passengers at a time through Dinosaur National Monument in his boats. Hatch River Expeditions--run today by his grandson--continues as a mainstay of commercial rapid running.