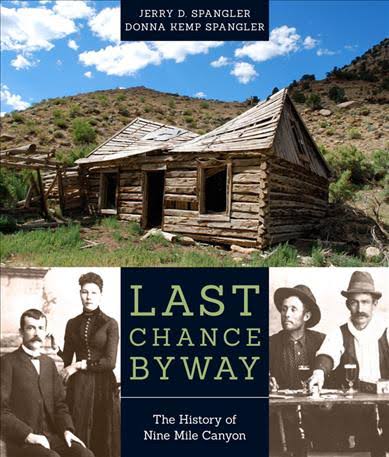 Nine Mile Canyon is famous the world over for its prehistoric art images and remnants of ancient Fremont farmers. But it also teems with Old West history that is salted with iconic figures of the nineteenth and early twentieth centuries.

Sam Gilson, the irascible U.S. marshal and famed polygamist hunter, became wealthy speculating in a hydrocarbon substance bearing his name, Gilsonite, a form of asphalt. The famed African American Buffalo Soldiers constructed a freight road through the canyon that for a time turned the Nine Mile Road into one of the busiest highways in Utah. Others who left their mark include famed outlaw hunter Joe Bush, infamous bounty hunter Jack Watson, the larger-than-life cattle baron Preston Nutter, and Robert Leroy Parker (known to most as Butch Cassidy).