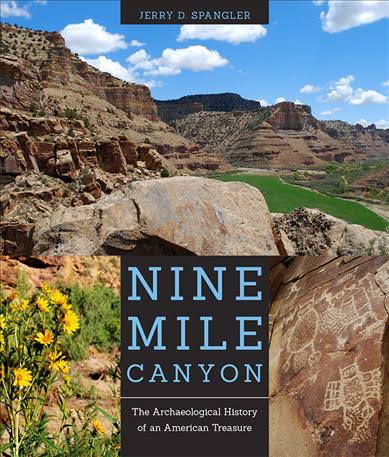 With an estimated 10,000 ancient rock art sites, Nine Mile Canyon has long captivated people the world over. The 45-mile-long canyon, dubbed the "World's Longest Art Gallery," hosts what is believed to be the largest concentration of rock art in North America. But rock art is only part of the amazing archaeological fabric that scholars have been struggling to explain for more than a century. Jerry D. Spangler takes the reader on a journey into Nine Mile Canyon through the eyes of the generations of archaeologists who have gone there only to leave bewildered by what it all means.

The early visitors in the 1890s were determined to recover collections for museums but never much cared to understand the people who left the artifacts. Then came a cadre of young scientists--the first to be trained specifically in archaeology--who found Nine Mile Canyon to be an intriguing laboratory that yielded more questions than answers. Scholars such as Noel Morss, Donald Scott, Julian Steward, John Gillin, and John Otis Brew all left their boot prints there.