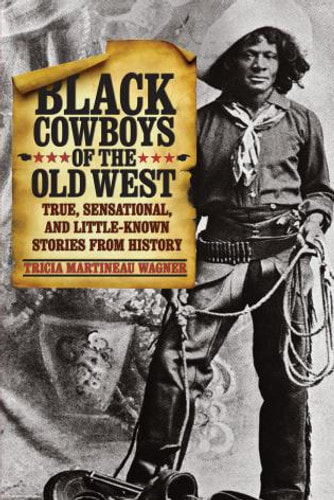 Black Cowboys of the Old West

The word cowboy conjures up vivid images of rugged men on saddled horses—men lassoing cattle, riding bulls, or brandishing guns in a shoot-out. White men, as Hollywood remembers them. What is woefully missing from these scenes is their counterparts: the black cowboys who made up one-fourth of the wranglers and rodeo riders. This book tells their story. When the Civil War ended, black men left the Old South in large numbers to seek a living in the Old West—industrious men resolved to carve out a life for themselves on the wild, roaming plains. Some had experience working cattle from their time as slaves; others simply sought a freedom they had never known before. The lucky travelled on horseback; the rest, by foot. Over dirt roads they went from Alabama and South Carolina to present-day Texas and California up north through Kansas to Montana. The Old West was a land of opportunity for these adventurous wranglers and future rodeo champions. A long overdue testament to the courage and skill of black cowboys, Black Cowboys of the Old West finally gives these courageous men their rightful place in history.