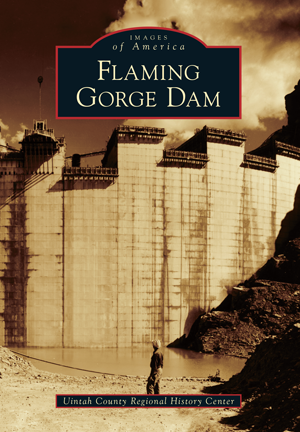 As early as 1915, the Flaming Gorge Canyon, named by early explorer Wesley Powell, was considered for a reservoir and dam site. For years, the Upper Colorado River Storage Committee fought for a dam on several sites along the Green River. Finally, on October 18, 1956, a large crowd gathered at the Flaming Gorge Dam site as President Eisenhower gave the signal from Washington, DC, and the first blast of dynamite lifted rocks from the deep canyon high into the sky. As smoke filled the air, those in attendance knew their efforts had at last paid off. The Flaming Gorge Dam is nestled in a beautiful canyon with walls of bright vivid color, rugged terrain, and breathtaking views. The 502-foot-tall dam was dedicated in 1964. It provides water storage for Utah, Colorado, Wyoming, New Mexico, and Arizona and hydroelectric power for five million households in the western United States. The Flaming Gorge Recreation Area is well known throughout the country for outdoor activities.