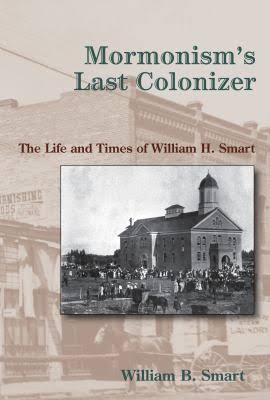 By the early twentieth century, the era of organized Mormon colonization of the West from a base in Salt Lake City was all but over. One significant region of Utah had not been colonized because it remained in Native American hands--the Uinta Basin, site of a reservation for the Northern Utes. When the federal government decided to open the reservation to white settlement, William H. Smart--a nineteenth-century Mormon traditionalist living in the twentieth century, a polygamist in an era when it was banned, a fervently moral stake president who as a youth had struggled mightily with his own sense of sinfulness, and an entrepreneurial businessman with theocratic, communal instincts--set out to ensure that the Uinta Basin also would be part of the Mormon kingdom.

Written by William B. Smart.