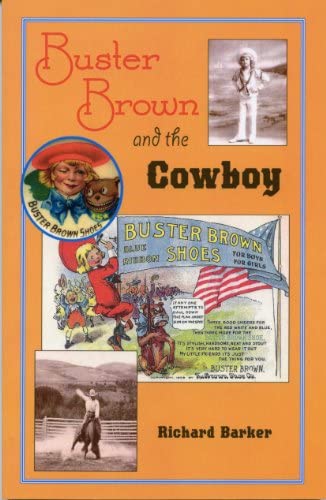 Buster Brown and the Cowboy

In 1906, the Buster Brown Shoe Company began searching for a young boy look-alike to use in advertising shows. Richard Barker, aged seven, was chosen, much to his despair and his mother's gratification. He spent the ensuing six years traveling throughout the country dressed in red velvet and sporting long golden tresses. From his perspective, the only bright spot in what he considered dismal circumstances was the wonderful companionship of his dog, Tige. During this time, Dick's heart longed passionately for the Wyoming country he had first glimpsed on a tour West in the winter of 1907. "Buster" wanted to be a cowboy.