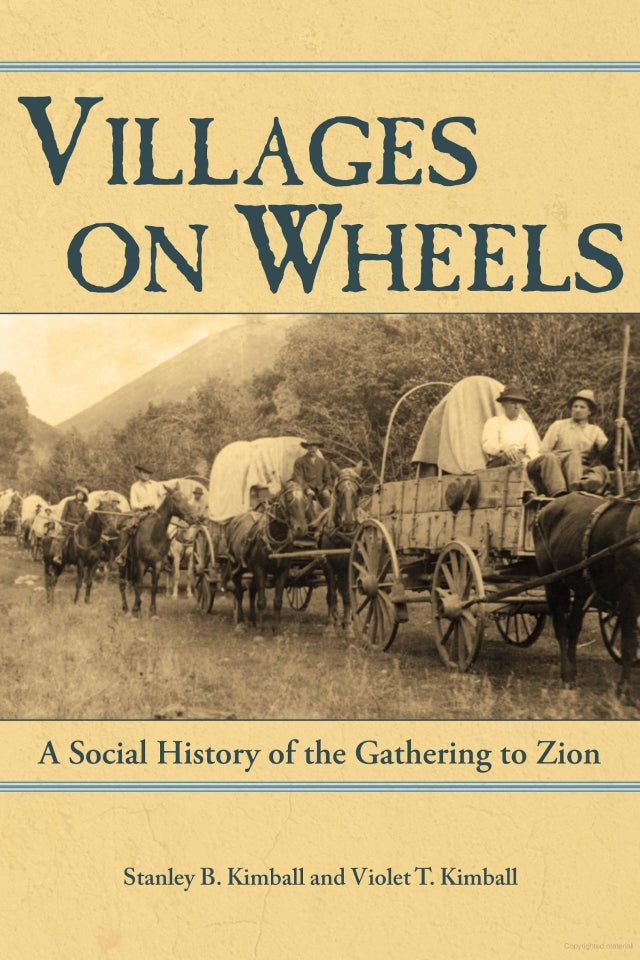 Villages on Wheels: A Social History of the Gathering to Zion

Like a true social history, this fascinating account in fourteen chapters explores both the routines of the trail—cooking, cleaning, laundry, dealing with bodily functions—and the dramatic moments: encountering Indians and stampeding buffalo, giving birth, losing loved ones to death, dealing with rage and injustice, but also offering succor, kindliness, and faith. Religious observances were simultaneously an important part of creating and maintaining group cohesiveness, but working them into the fabric of the grueling day-to-day routine resulted in adaptation, including a “sliding Sabbath.” The role played by children and teens receives careful scrutiny; not only did children grow up quickly on the trail, but the gender boundaries guarding their “separate spheres” blurred under the erosion of concentrating on tasks that had to be done regardless of the age or sex of those available to do them. Unexpected attention is given to African Americans who were part of this westering experience, and Violet also gives due credit to the “four-legged heroes” who hauled the wagons westward.

Written by Stanley B. Kimball, and Violet T. Kimball.