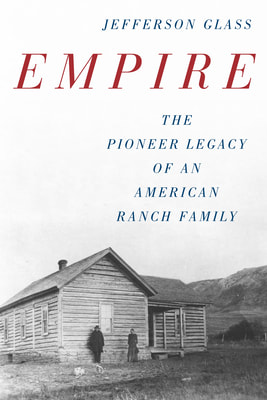 Empire: The Pioneer Legacy of an American Ranch Family

A collage of characters shaped the west of the nineteenth century. Large and powerful cattlemen, backed by eastern and European investors, flooded the prairie with herds often numbering 50-80 thousand head. They had visions of doubling or tripling their money quickly while their cattle grazed on the free grass of the open range. Others, like Martin Gothberg wisely invested in the future of the young frontier. Starting with a humble 160-acre homestead in 1885, he continued to expand and develop a modest ranch that eventually included tens of thousands of acres of deeded land.