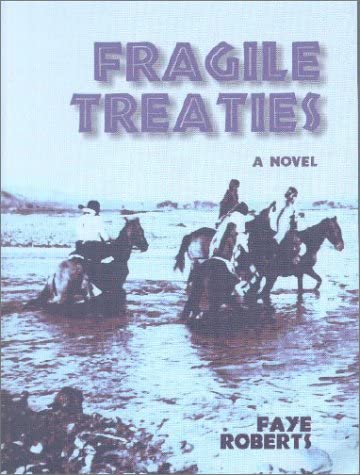 In the 1870s white settlers were determined to remove the Ute Indians from Colorado, even through three different treaties had guaranteed that the Utes would occupy Western Colorado for "as long as the grass grows."

Fragile Treaties by Faye Roberts tells the story of the forced exodus of the Utes from the point of the view of Colonel Samuel Bodeen, his wife Chipeta. The story is about promises broken, betrayal, greed and deceit. But it is also about forgiveness and the bond between people of two very different cultures.