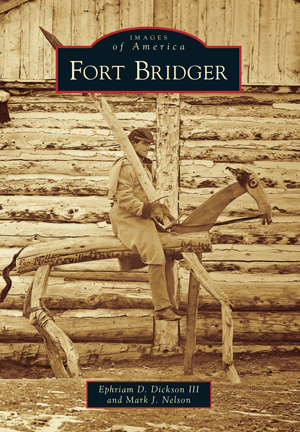 The history of Fort Bridger represents a microcosm of the development of the American West. Situated in an area initially inhabited by the Shoshone people, Fort Bridger was established during a transitional phase between the fur-trade era and the period of western migration. The fort became one of the most important supply points along the nation's western trail network. Later, the post served as a bastion of civilization as one of a number of western military posts. Soldiers at the fort protected not only the lives and property of its local citizenry but also the emerging transportation and communication advancements of a nation. Following the Army's departure, a small settlement emerged at Fort Bridger, using buildings and materials from the old military garrison. Today, the fort and town remain active, in part as a respite for travelers just as it had been more than 150 years ago.