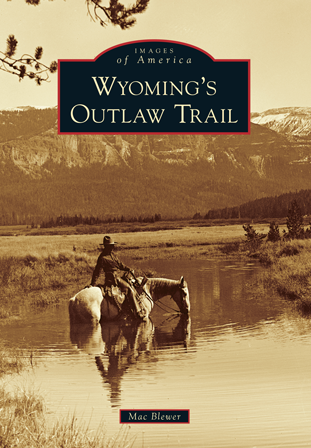 A historic and folkloric path that meandered from Canada to Mexico, the Outlaw Trail was used by outlaws such as Butch Cassidy, the Sundance Kid, and the James brothers. Following existing Western routes such as the Oregon Trail, the highway connected towns and natural hideouts essential for bandits escaping the law. Some in Western communities were sympathetic toward the outlaws. Many, like Cassidy, were seen as Robin Hoods, fighting for common people who were under siege by economic forces, corporate encroachment, and other changes occurring in the Old West. Images of America: Wyoming's Outlaw Trail details the history, folklore, and geography behind some of Wyoming's outlaw towns and hideouts—chief among them the Hole in the Wall and Red Desert. Also highlighted are the deeds of the robbers, lawmen, and ordinary folk who rode those dusty trails during the late 1800s and early 1900s.