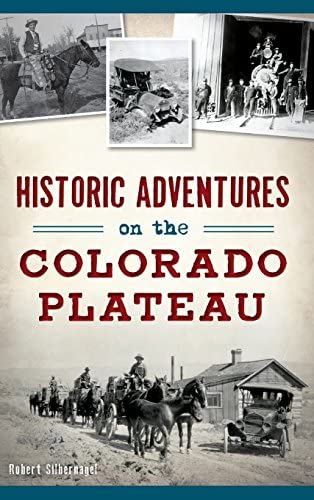 Historic Adventures on the Colorado Plateau

The Colorado Plateau is home to nearly thirty national parks, monuments, and recreational areas. The unique geology, stunning rock formations, powerful rivers, and numerous scenic canyons that compose such a striking region also made navigation difficult. Yer daring explorers braved the journey. Rock art and other artifacts are evidence of occupation thousands of years ago. Spanish explorers once trekked across this rugged terrain, seeking information on the native populace, religious converts and trade routes. In the frontier era, a trio of bandits discovered the value of good hroses while fleeing for three hundred miles. Nearly a century after the rush for gold and silver, uranium fever brought another boom to the rugged reaches of the area in the 1950s. Supported by years of research, Bob Silbernagel traces the Colorado Plateau's intrepid inhabitants throughout history.