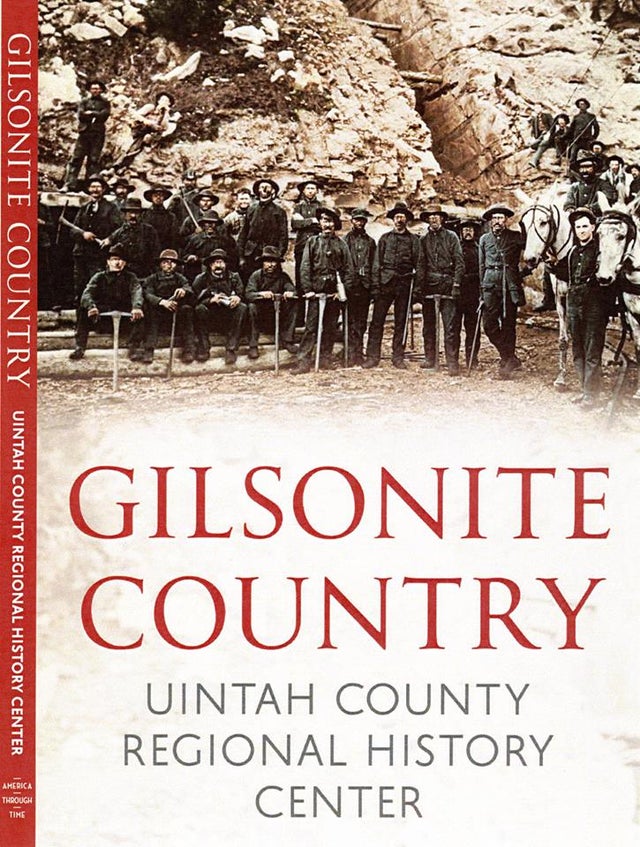 Gilsonite is a solid hydrocarbon mined in vertical veins in southern Uintah County, Utah. It is found in veins anywhere from a foot to twenty-two feet in width, and a depth of a few feet up to 2,000 feet. The black shiny mineral is not commercially mined anywhere else in the world and is only found a few other places.

Following discovery, miners began working with gilsonite mines in the late 1800s. With the remoteness and distance to the mines, mining camps were set up at various mine sites. The Uintah Railway was built from Mack, Colorado, over Baxter Pass, to transport gilsonite and eventually passengers to and from the mining communities. Families joined their husbands and fathers at the camps. Communities sprang up, namely the communities of Dragon, Rainbow, Watson, and Bonanza, along with others. Stores and boarding houses were opened to accommodate the miners and their families and schools were built for children to attend.

The rich history left behind from the gilsonite mining communities gives an understanding of those that worked and lived there and certainly deserves its place in history.