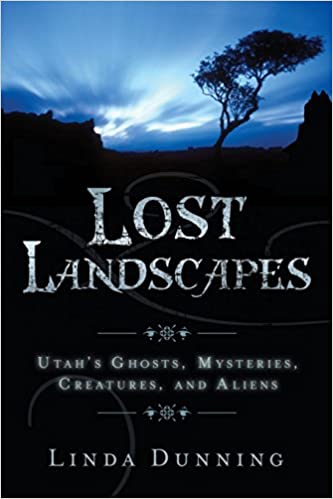 Utah is a land of untamed beauty. From the snowy peaks of the Wasatch Mountains to the brilliant red rocks of Southern Utah, the state boasts views and vistas found nowhere else in the nation. Travelers can glean a great amount of history from the scenes they see and the places they visit, yet there are other stories and legends that belong to Utah and her native land - tales that are not often told. Saltair was once the premier resort on the shores of the Great Salt Lake. Now it lies abandoned and in disrepair, almost mythical in appearance. Mount Timpanogos's unique shape subtly speaks the story of Utahna and the Indian brave who loved her. And not so long ago, the Anasazi Indians were a thriving people, destined for greatness - until they disappeared into the canyons from which they'd carved their civilization, leaving no clues as to their whereabouts. For young and old alike, Lost Landscapes will pique interest and raise questions to the mysteries lurking within Utah's borders. Whether it be the unsolved riddles of places, people, puzzling objects, or legends that have been passed down through the generations, everyone will find something that will have them eagerly turning to the next page.