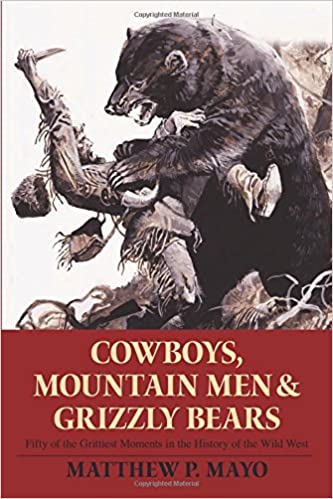 Cowboys, Mountain Men, and Grizzly Bears: Fifty Of The Grittiest Moments In The History Of The Wild West by Matthew P. Mayo

The romance of the West is built on an endless armature of shootouts and train robberies, cowboys versus Indians, white hat versus black, and everybody versus the wilderness. From John Colter's harrowing escape from the Blackfeet to Hugh Glass's six week crawl to civilization after a grizzly attack, from Custer's final moments to John Wesley Powell's treacherous run through the rapids of the Grand Canyon, Cowboys, Mountain Men, and Grizzly Bears takes the top 50 wildest episodes in the region's history and presents them to the reader in one convenient, narrative-driven package.