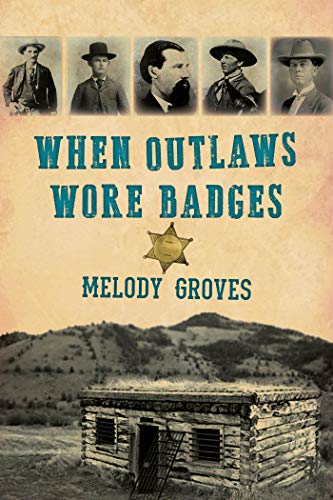 At times, the black-hatted “villains” and white-hatted “good guys” of the Old West were one and the same. Often it was difficult, if not impossible, to distinguish who was who. Sheriff Wyatt Earp stole horses and ran brothels. Albuquerque’s first town marshal, Milton Yarberry, was accused of murder and subsequently “jerked to Jesus.” Burt Alvord, town marshal of Willcox, Arizona, and friends, robbed a train. Alvord then deputized these same friends into a posse to apprehend the robbers. It came as no surprise when his posse came up empty handed. Justice Hoodoo Brown and Deputy JJ Webb ruled Las Vegas as leaders of the Dodge City Gang until they were run out of town by citizens fed up with their type of justice. “Mysterious” Dave Mather and even two of the Dalton Gang spent time behind a badge, as well as behind bars.

When Outlaws Wore Badges explores the double lives of outlaw lawmen through some of the West’s most memorable frontier characters.