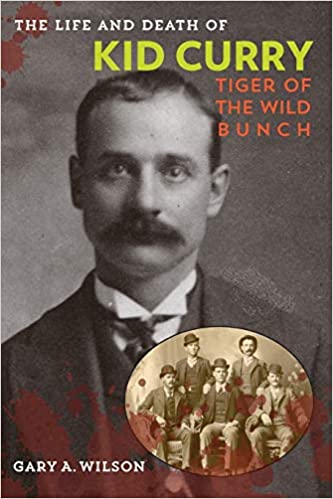 The Life and Death of Kid Curry: Tiger of the Wild Bunch by Gary A. Wilson

Harvey "Kid Curry" Logan was an outlaw, gunfighter and infamous member of the Butch Cassidy gang. With more than fifteen killings attributed to him, and given his involvement in the Butch Cassidy gang, "Kid Curry" was as renowned a figure as you were likely to find west of the Mississippi. Short of stature yet enormous in reputation, after Butch Cassidy and the Sundance Kid fled for South America, Logan became the most wanted outlaw in the United States. He was finally captured--only to escape from his Tennessee prison in 1903. Until now little has been readily known about the man nicknamed the "tiger of the wild bunch." With unique access to the research, author Gary Wilson deftly separates fact from fiction, providing readers with a complete and authoritative biography.