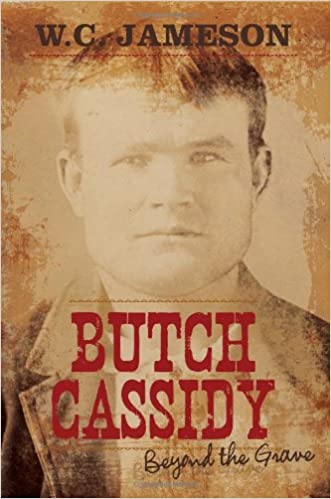 Butch Cassidy: Beyond the Grave by W.C. Jameson

This well-researched biography of the life—and controversial death—of Robert LeRoy Parker, a.k.a. Butch Cassidy, is a journey across the late-nineteenth-century American West as we follow Cassidy’s exploits in Colorado, Wyoming, and Utah, where he made his name as a surprisingly affable outlaw. More important, this book answers the question: Did Butch Cassidy, noted outlaw of the American West, survive his alleged death at the hands of Bolivian soldiers in 1908 and return to friends and family in the United States? The evidence suggesting he did is impressive and not easily dismissed, but how he lived and what identity he assumed are still debated.