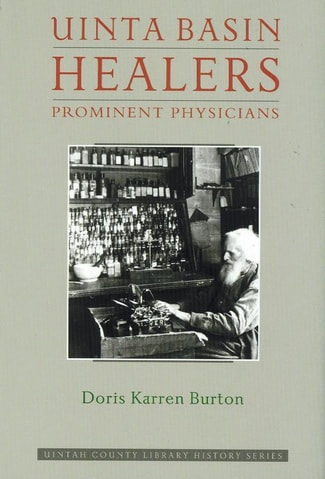 When settlers began to arrive in Uinta Basin in 1873, licensed members of the medical profession were not available. People had to make-do with home remedies and folk wisdom.

In 1874 Wilbur Britt arrived in old Ashley town, he had attended medical school for one year. Britt was serving as a doctor, dentist and druggist in 1879-80 when a diptheria epidemic struck the community.

Once the Uintah Indian Agency was established at Whiterocks, a doctor was stationed at the Agency in 1883. However, it was a long buggy or horseback ride for people to travel to Whiterocks for medical attention.

After 1888 a few doctors trickled in and others left, as they had to deal with too many hardships. They had to travel great distances on poor, dirt wagon roads. Epidemics of scarlet and typhoid fever occurred which many of the doctors did not recognize or know how to treat other than to quarantine the homes.

These hardships were more than many of the doctors could endure and therefore they left the area.