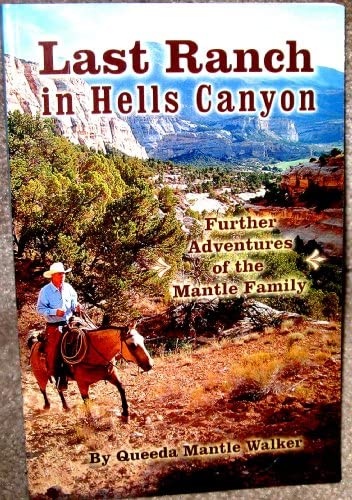 The Last Ranch in Hells Canyon is a story of love and adventure. The Mantle Ranch was homesteaded in 1926 by newlyweds Charley and Evelyn Mantle. It was situated deep in the mysterious, isolated canyons of the Yampa River. It was so removed from civilization that there were no roads, electricity, telephone, or running water. Educating their five children was the most challenging thing Charley and Evelyn Mantle faced, but their determination never faltered. When the five Mantle children were raised and educated Charley Mantle broke free from the burdens of the ranch. He had read of the great plains of Brasil, where a man could run more cattle than he could count on belly-deep grass and sweet waterholes, with none of winter's cold and snow. He tied up his saddle, bridle, and lariat rope together with a small valise, pulled down his hat, and boarded a plane for South America. His letters home of his adventures are a part of this book. Evelyn Mantle made a whole new life for herself off the ranch. The five Mantle children battled for their right to live the western life that was their heritage. Written by Queeda Mantle Walker.